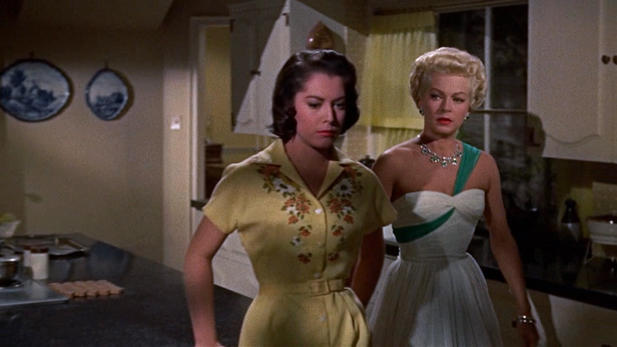 Lana Turner plays Lora, a single mother whose Hollywood starlet ambitions come at the expense of a meaningful relationship with her daughter (Sandra Dee). Lora’s housekeeper, Annie (Juanita Moore), has troubles of her own as she faces the rejection of her fair-skinned daughter (Susan Kohner) who abandons her heritage for a chance to be accepted as white. Moore and Kohner received Oscar nominations for their performances. Drama, 1959, 125 min., NR.